Temple of Athena and North Sanctuary 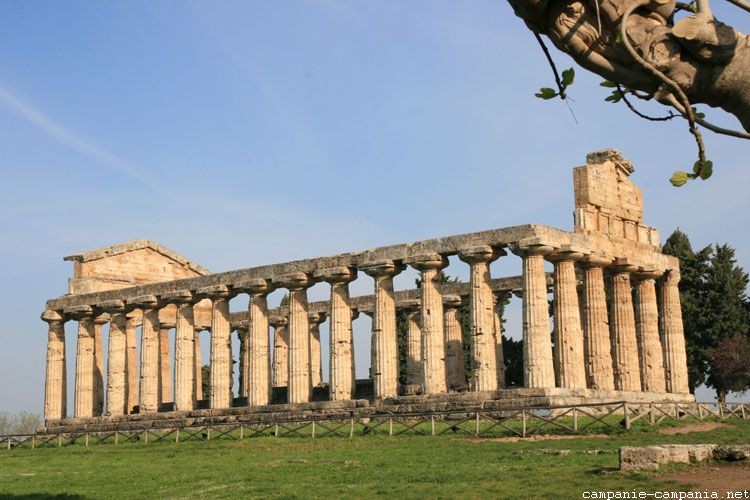 This sacred area, limited to the south by a path separating it from the agora, was occupied since the first generation of settlers by an archaic temple (about 580 BC) whose remains are still visible, including slabs of stone. clay of the eaves are exhibited in the Museum.

The column, isolated near a three-step base, is the result of a very arbitrary reconstruction of the 1950s.

The temple is dedicated to the goddess Athena, as evidenced in particular the discovery of many terracotta ex-voto of the goddess in arms, its Doric construction dates back to around 500 BC.
He was wrongly called in the past temple of Ceres.
The Ionic capitals is the only monumental example of the archaic era found in Great Greece.
This temple is stylistically singular, mixing Doric and Ionic elements

The temple, of a stylobate (upper pedestal) of 14.54 x 32.88 meters, is distinguished by a refined aesthetic, with precise geometric relationships, a peripter (four-sided colonnade) of six by thirteen columns, on a pedestal of three levels, where the cell preceded by a porch with an ionic colonnade is of proportion of 1: 3 between the length and the width. It is almost gone, remaining only the base of the road, raised by almost a meter. The museum retains two capitals of the Ionic colonnade and other elements, including lion figures from the cornice.

The peristyle, in excellent condition, contains all 34 columns, still bearing the intact architrave.

The architectural decoration in sandstone is in good condition, with triglyphs, cornice elements and frieze, etc.

About thirty meters to the east of the temple is the altar where the cult itself was celebrated according to the Greek religious tradition.

In late antiquity (VII – VIII centuries AD), the temple was transformed into a Christian place of worship, filling the spaces between the columns, slamming the walls of the cell. In the nineteenth century, it was used as a stable. 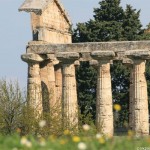 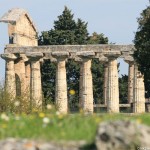 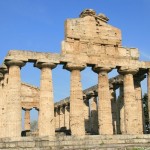 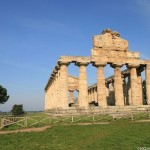 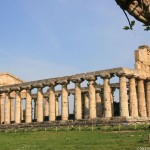 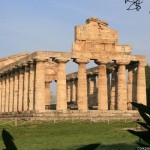 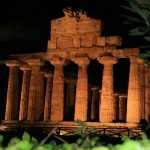 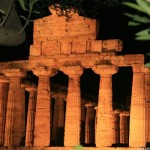 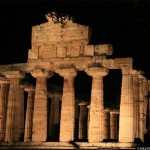 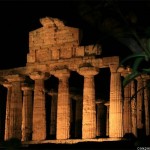 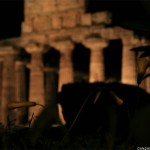 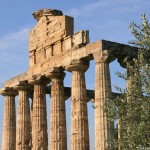 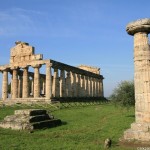 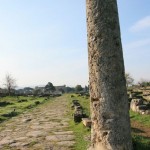