The Spanish quarters (quartieri spagnoli) are part of historic Naples. They are also more simply called the “quartieri“.

This district was built in the sixteenth century to accommodate the Spanish military garrisons aimed at suppressing the revolt of the Neapolitan population, or transil in Naples for other conflicts.

Since its creation, the neighborhoods have become a nerve center for crime and prostitution, and have always been a zone of social problems.

Despite its reputation, the district is of historical and artistic importance, but also a refuge of Neapolitan popular culture, with the presence of many small workshops and artisans.

Built on a slope, the neighborhoods are characterized by a grid of alleys and stairs, decorated by hanging linen.
In the Quartieri spagnoli live around 14,000 people. 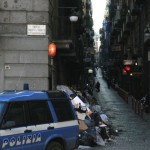 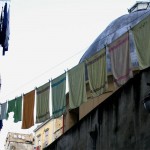 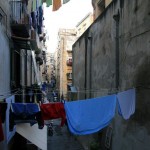 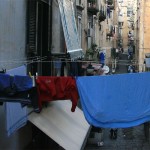 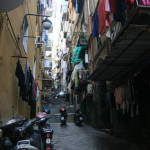 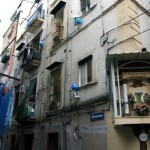 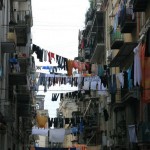 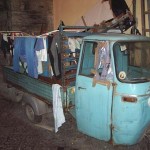 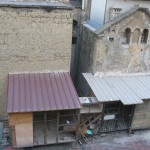 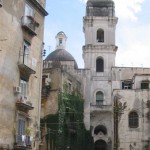 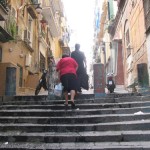 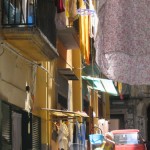 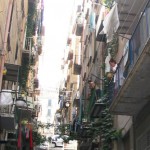