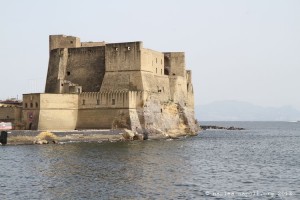 The Egg castle (Castel dell’Ovo) is located on the island of Megaride, where according to legend, the dead body of the mermaid Parthenope ran aground.

It was here that the Cumans landed in the 6th century BC to found the first nucleus of the future city. It was here that Lucullus, returning from Asia with immense wealth, had a sumptuous residence built for him which extended as far as Mount Echia; here in the fifth century BC, the cenobite monks who built some monasteries lived; here landed and found refuge S. Patrizia having fled his uncle and emperor of the East; here the armies of Duke Sergio expelled the monks to set up a military garrison; here Roger the Norman assembled his army; here too, finally, Robert d’Anjou erected a real castle by giving it strong square towers and which today still force respect.

The castle had even the role of prison, there were imprisoned Romulus Augustine, last emperor of the West; the son of King Manfred of Svevia; the prince of Acaja; Tommaso Clochette; many Jacobins, Carbonari and liberals among whom Francesco de Sanctis.

History of the Egg Castle

It was the place of innumerable war events during the conflicts between the Angevins and the Aragonese. During the Baron revolt it was completely pillaged; bombed by the French of Louis XII and by the Spaniards of Consalvo of Cordova.

On the other hand, in 1799, partisans of the Parthenopean Republic used its guns to shoot the city and to scare the inhabitants.

The last battle took place in 1809, when the castle opposed an Anglo-Bourbon fleet.

It still knew some happier events, such as the birth in 1271 of the son of the Prince of Salerno, Charles Martele. It was particularly appreciated by Alphonse of Aragon who preferred it to the more comfortable Castle Nuovo and where he spent long periods with his whole court.

The castle was degraded over time and the last major restructuring was made by the Bourbons, which gave it roughly its actual forms. After a last restoration for the 1994 G7 meeting, it is much easier to visit.

Visit of the caslte

The wharf that connects the Caracciolo with the island comes directly to the main entrance. The entrance to the interior, including the Master’s Tower, the cells of the monks dug in the rock; the room which was probably the refectory of the cenobites, of which parts of columns come from the villa of Lucius; the tower called Norman and a circular donjon; the remains of the church of Salvatore.

From the terrace you can admire on one side the city with its polychrome tones and on the other the expanse of the sea with the Vesuvius on the other side of the Gulf of Naples.

The village of the island

Around the castle, on the island, the Marine Village of Megaride now combines the activities of a small tourist port and water sport associations, with those of some famous restaurants.

The island knew important developments over the centuries: in the 14th, to make access easier, Charles of Anjou did not hesitate to level a huge rocky outcrop. Consalvo de Cordoba, to defeat him, blew up a mine that seriously damaged it, provoking even a landslide on the slopes of Mount Echia and destroying a small church.

The major changes took place with the construction of the Caracciolo, the waterfront, between 1884 and 1885, undoubtedly one of the most disastrous building experience that has once again been verified in Naples.

But why does the Egg Castle has such a curious name?

The castle takes its name from a legend. According to this one, the poet Virgile wanted to make a joke to the Neapolitans had hidden a “magic egg”, well kept in a cage, and endowed with the power to defend the city from any disaster.

It is known that almost all Neapolitans believed it to the point that in 1370, at the news that the egg was falling apart, a terrible panic seized the city. Queen Joan of Anjou was forced to solemnly declare that the egg had been replaced, that her magical powers were restored and therefore that the loyal subjects had nothing to fear … 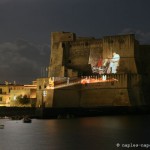 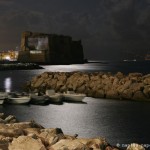 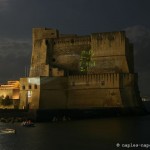 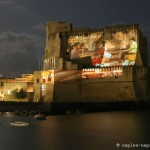 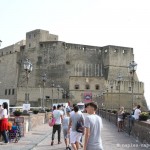 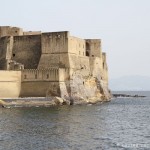 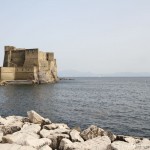 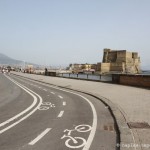 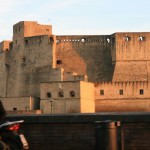 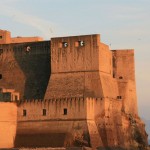