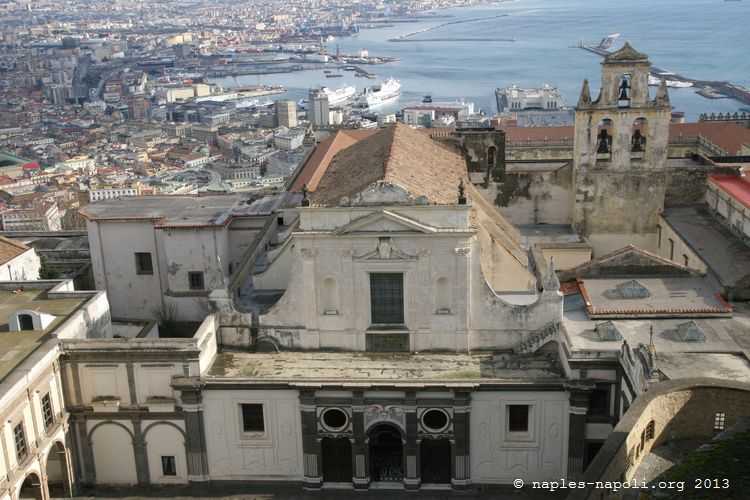 The Charterhouse of St. Martin is one of the largest monumental complex in Naples and one of the most successful examples of Baroque art, located on the Vomero Hill, at the foot of Sant ‘Elmo Castle.

In 1325, at the top of the hill, Charles, Duke of Calabria, eldest son of Robert of Anjou, erected the monastery near the Belforte tower. There are very few original items left: Catalan-style passchairs in the former refectory were rediscovered during a recent restoration.

The monastery was inaugurated in 1368 under the reign of Queen Jeanne I of Anjou, but the Carthusians had already settled there since 1337.
It was dedicated to Martin de Tours.
At the end of the 16th century, the monastery underwent modifications and extensions of Mannerist and Baroque styles, under the works of Dosio from 1589 to 1609, of Giovan Giacomo di Conforto from 1618 to 1625, and of Cosimo Fanzago from 1623 to 1656 In the first half of the eighteenth century, works were entrusted to Tagliacozzi Canale and Domenico Antonio Vaccaro.

In 1799, the Carthusians were expelled by the Jacobins. Returned in 1804, they are still sent back in 1807, then readmitted in 1836 before being definitively transferred in 1866 when the monastery became property of the State.

On the outer square is the Dosio Women’s Church, decorated with 17th century stucco. In the entrance hall there is an Angevin crest.

Follows on the left the church of the fourteenth century renovated by Dosio (portico with arcades, two chapels) and Cosimo Fanzago (the serian of the facade), the top and the walls are by Tagliacozzi Canale.

Between the facade and the serlienne are frescoes by Micco Spadaro, Giovanni Baglione and Belisario Corenzio.

Description of the Interior

Interior of the church

The church has a nave with six chapels, its rich decoration is from the late sixteenth century and the eighteenth century.
Cosimo Fanzago realized the grids of the chapels, the decoration of the chapels of San Bruno and Jean-Baptiste, the garlands of fruits on the pillars …
The marble floor of the nave is by Brother Bonaventura Presti
On each side of the entrance, two statues of Fanzago, two paintings of Jusepe de Ribera. The ceiling is adorned with a series of paintings by Giovanni Lanfranco.

In the presbytery, in front of the altar, a balustrade of semi-precious stones was designed by Tagliacozzi Canale.
The apse has a marble floor and a magnificent 1680 Fanzago wooden choir. On the back wall are statues of Pietro Bernini and Giovanni Battista Caccini and a Nativity by Guido Reni. The frescoes are d’Arpino and Giovanni Lanfranco.

In the chapter house there are frescoes by Belisario Corenzio, Paul Finoglio, Batts Caracciolo, Massimo Stanzione and Francesco de Mura.

In the choir are preserved views of the Gothic monastery and tapestries on which are painted passages from the Bible. The monumental sink is by Cosimo Fanzago.

The Chapel of Mary Magdalene is decorated with frescoes with perspectives and is a painting by Andrea Vaccaro.

The sacristy is decorated with frescoes from the vault of the Cavalier d’Arpino.
The chapel of the Treasury was painted by Luca Giordano, with the Triumph of Judith and stories from the Old Testament (circa 1703).

The monastery includes two cloisters. That of prosecutors was designed by Dosio. In the center is a well in piperno.
The large cloister, designed by Dosio, was redone by Fanzago with the half pillars in the corner of the ambulatory, the busts on seven doors, the balustrade of the cemetery of the monks of Cosimo Fanzago. In the center is a beautiful sculpted marble well of Dosio.

Inside the monastery, the Museo di San Martino Museum preserves various works ranging from the Bourbon period until the beginning of the 20th century.
Thus, works by artists such as José de Ribera, Luca Giordano, Francesco de Mura and Batts Caracciolo; important paintings from the period of the Risorgimento of Naples.

In particular, are also preserved porcelain from Capodimonte, artistic cribs, several sculptures of Pietro Bernini, as the Virgin and Child with St. John the Baptist and the Tavola Strozzi, which is the oldest pictorial work representing a view of Naples. 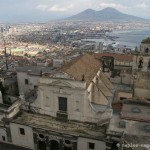 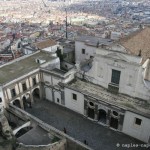 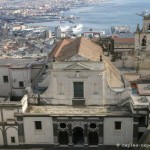 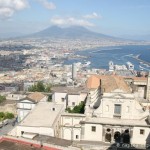 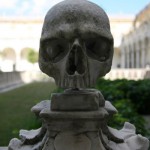 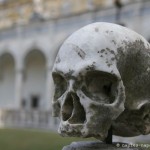 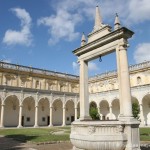 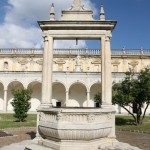 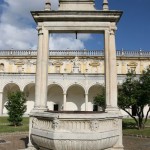 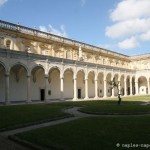 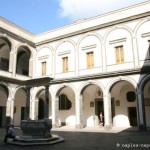 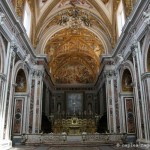 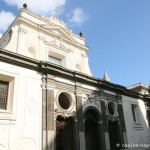