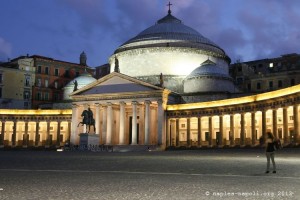 This grandiose square, symbol of a renovated Naples, is surrounded by buildings of great historical and artistic importance. Reduced for a long time to a parking role, yet in the heart of the city, its rehabilitation took place in the early 90s to finish at the G7 meeting in 1994.

Until 1860 the square was called “Largo del Palazzo” (square of the palace) ; its current name recalls the plebiscite of October 1860 under the Kingdom of Two Sicily to consent to the annexation into the recent union of Italy.

Today, it is a large pedestrian area that even allows the occasion to receive events or concerts.

The square is framed by four buildings: the Royal Palace, the Basilica of St. Francis of Paola, and the two symmetrical buildings that are the Prefecture and the Palace of Salerno.

The semi-elliptical columns of the basilica evokes those of St. Peter’s Basilica in Rome. In alignment with the rays of the ellipse, are two bronze equestrian statues on marble bases, work of Canova, representatives Charles III and Ferdinand IV of Bourbon. They were commissioned following the Napoleonic historical parenthesis, to celebrate the return of the Spanish house in Naples.

Statues of bronze lions decorate the stairway to the basilica.

A recent tradition is that at Christmas the place becomes the scene of exhibitions of modern art, commissioned to big names from the international cultural scene. 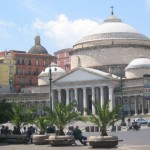 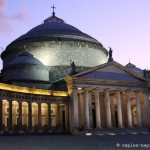 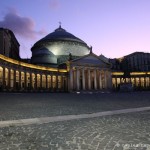 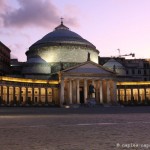 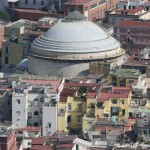 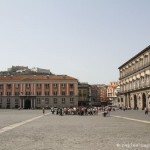 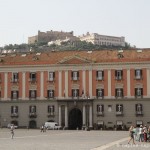 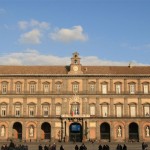 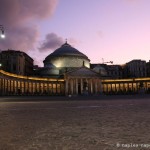 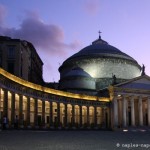 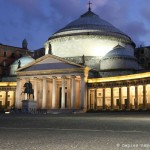 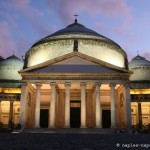 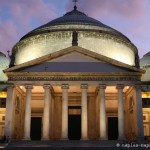 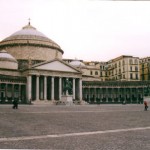 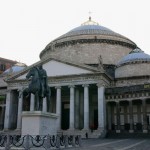