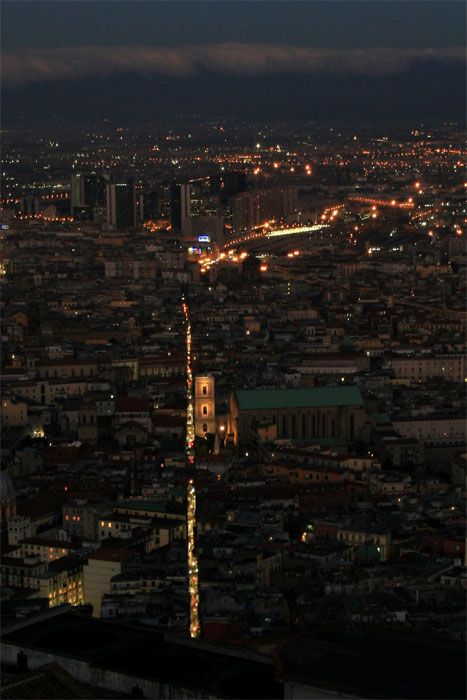 This long street of Naples, which was partly the “decumanus” of Greco-Roman Naples, is called Spaccanapoli because, as seen from the belvedere of the Charterhouse St. Martin, it divides the nineteenth-century Naples into two parts.

It starts from the short Maddaloni lane, crosses Sainte Anne of Lombards, travels Domenico Capitelli, then arrives at the Place Gesù Nuovo . This last square had different denominations according to the time: Piazza Trinita Maggiore and Piazza Guglielmo Oberdan.

Then the street passes the church of Santa Chiara, a magnificent temple of the thirteenth century, renovated in the 18th and was almost completely destroyed by the bombing of August 4, 1943.
With patience, it was rebuilt maintaining its main forms. But most of its paintings have disappeared: those of Mura, Maio, Bonito etc …

In the last chapel on the right before the sacristy, rest the remains of thirty kings and queens including the sarcophagus of Marie-Christine de Savoie, first wife of Ferdinand II of Bourbon. 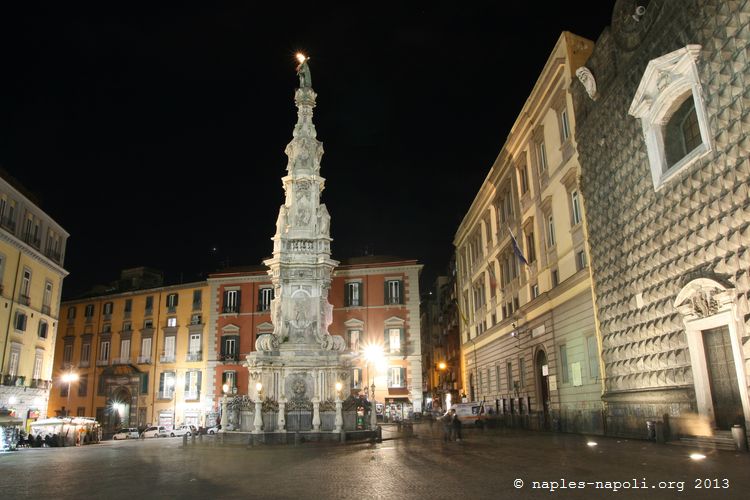 The Spaccanapoli continues along street Benedetto Croce, named after the philosopher who lived there, ending in Piazza S. Domenico Maggiore, one of the most important in historic Naples. In the center of the square stands a guglia surmounted by the bronze statue of S. Domenico, built during the plague of 1656.
San Domenico Maggiore is important for the works of art it preserves such as those of Luca Giordano, Camaino, Titian or Caravaggio. The sacristy offers an unusual spectacle: on a balcony are placed 40 cases of various sizes that contain the remains of kings, princes and illustrious Aragonese.
Only the case of Alphonse of Aragon is empty, since his body was sent to Spain in 1667. 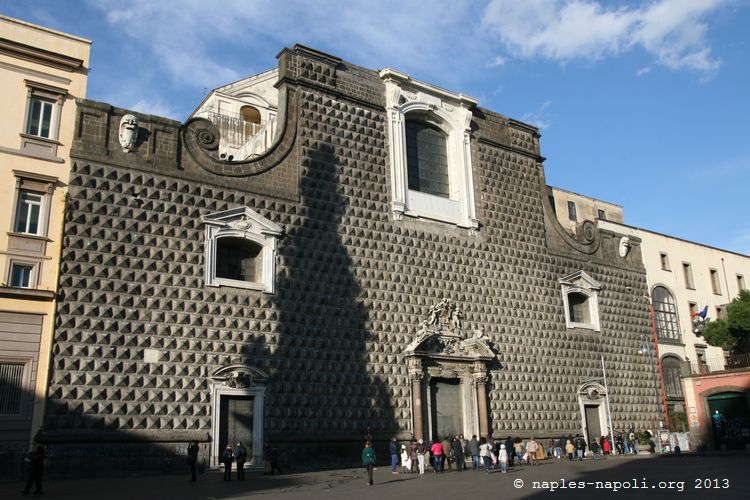 Just after the Nilo piazzetta, whose name is derived from an Alexandrian colony dating from the Roman Empire. After the statue of the god of the Nile, the Spaccanapoli takes the name of San Biagio dei Librai, (Libra: booksellers in Italian), inherited from the historical presence of the corporation booksellers.

We then pass in front of the Carafa palace where Gian Pietro Carafa was born there in 1476. There was the palace of Vicario, then called Castel Capuano when the courts were established there.

Beyond that, the street which takes the name of Forcella (Fork), ended formerly by the Door Furcillensis. It was narrower than today and there was a small fountain. Towards the end of the 15th century, it was replaced by a larger fountain in the basin of which there was a statue representing a small stocky man. It gave its name to the street Mezzocannone. (Mezzo coming from half, and cannone from the water channel). 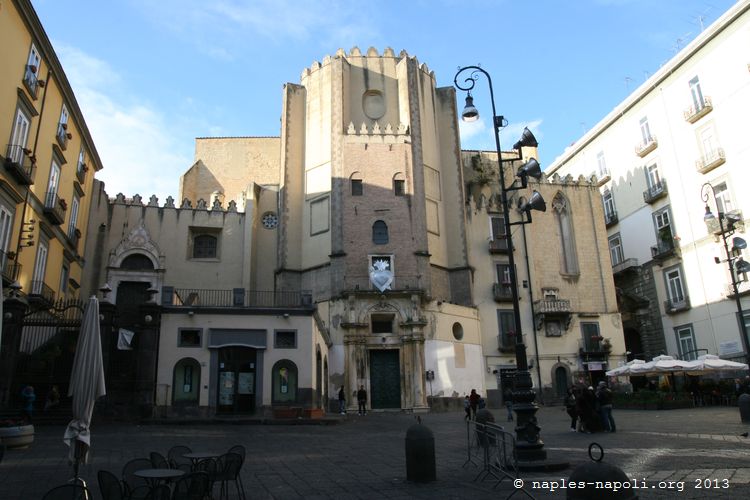