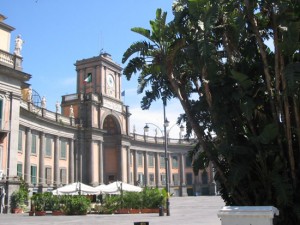 Previously a large market, the Dante Square (Piazza Dante) took its current form in the second half of the eighteenth century with the intervention of the great architect Luigi Vanvitelli, at the request of Foro Carolino, with the intention of constituting a monument in honor of Charles of Bourbon.

The work lasted from 1757 to 1765, building a large semicircle of buildings, tangent to the walls of the Aragonese, including the Porte de l’Aube to the north, and leaning on the Saint Michel church to the south.
The building is characterized by its two curved wings surmounted by twenty-six statues representing the virtues of Charles. In the center a niche surmounted by a clock should have received a statue of the sovereign. It finally became a passage to the “convitto nazionale Vittorio Emanuele“.

The square was redesigned, restructured and redeveloped during the metro work that ended in 2002.

In the center, a large white statue of Dante (1871, work of Tito Angelini) is stuck between the windows of the outputs of the line 1 of the subway. 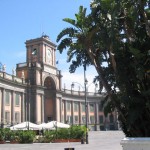 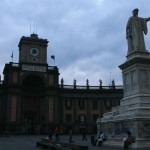 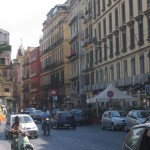 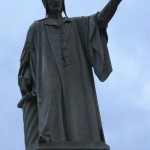 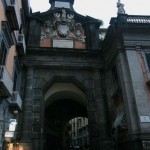 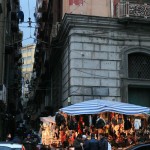