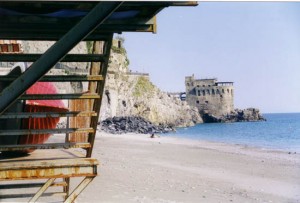 Today Maiori is a flourishing tourist center, with hotel facilities of good level, obviously having a little concrete landscape.

Probably of Etruscan origin, it was one of the most flourishing villages on the coast during the golden age of the Amalfi Republic, thanks to its fleet and its vast port.

Trade and craft activities continued to intensify until 1268, when the Pisans, rivals of Amalfi, set fire to the whole Amalfi Coast.

Several times during its history, Maiori resurrected from its fall: despite a plague epidemic in 1348 that decimated the population, the country became a major producer of wool and silk, exporting through a large merchant fleet.

Calm and prosperity reigned until 1528, when years of ambiguous alliances passed in the midst of the conflict between the Spanish and the French for control of the coast. The weather darkened, with a Mediterranean infested with pirates, but Maiori survived.