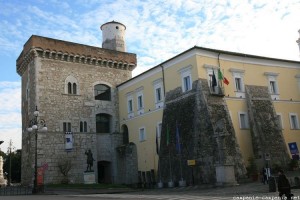 The fortress of rectors (Rocca dei Rettori), also called Castle Manfred (despite the absence of historical link), or castle of Benevento occupies the highest angle of the old city. It consists of two parts: the keep, built by the Lombards in the ninth century, and the Palace of the Governors, built by the rectors of the Pope from 1320.

It is now the seat of the province of Benevento and houses the historical section of the Sannio Museum, holding documents related to the history of the city and the Sannio region.

A necropolis occupied this place in the 7th-6th centuries, and Sannite tombs were discovered there. The latter established here a defensive post (IVe before our era). The Romans built a large cistern, whose remains meet in the garden, the water arrived by an aqueduct connected to Serino, south of Avellino.

The tower is all that remains of an old Lombard fortress. It was rebuilt and took its current face in the fifteenth century. 28 m high, in its walls we can recognize blocks of stones from the Roman era.

The rest of the building, also the largest part, is the Palace of the governors of the Pope.
It occupies three floors, with a rectangular plan and an inner courtyard. It is the result of several construction companies, as evidenced by the old foothills that emerge from a facade partly neoclassical. 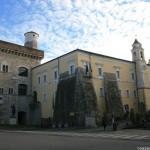 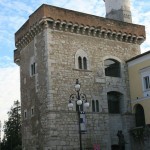 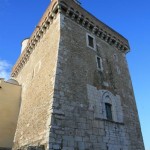 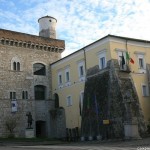