The oldest remains of the city are tombs, northwest and northeast of the city, and the sanctuary of Hera, a few kilometers north, at the mouth of the Sele river.

The central districts were from the beginning dedicated to different public uses, including two sacred areas to the north and south, separated by the agora, the southernmost part of which became the forum in Roman times.

The major remains are those of the three main Doric temples, which date back to the first half of the sixth century BC. They were dedicated to Hera and Poseidon, although since the 18th, they were long mistakenly named as: a basilica and the temples of Neptune and Ceres. 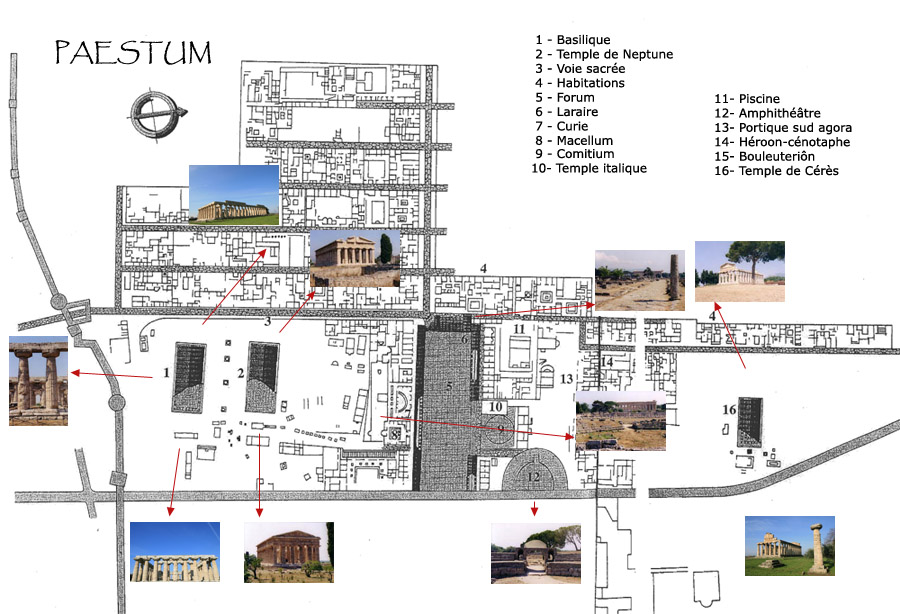 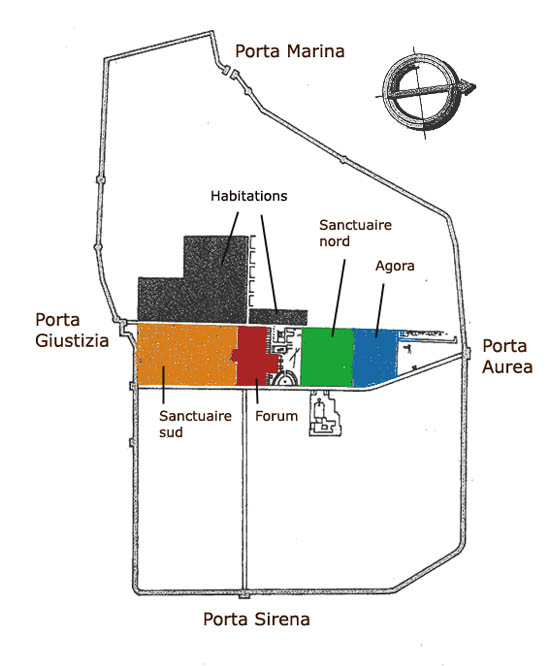