Story of the Vesuvius

The testimonies of antiquity 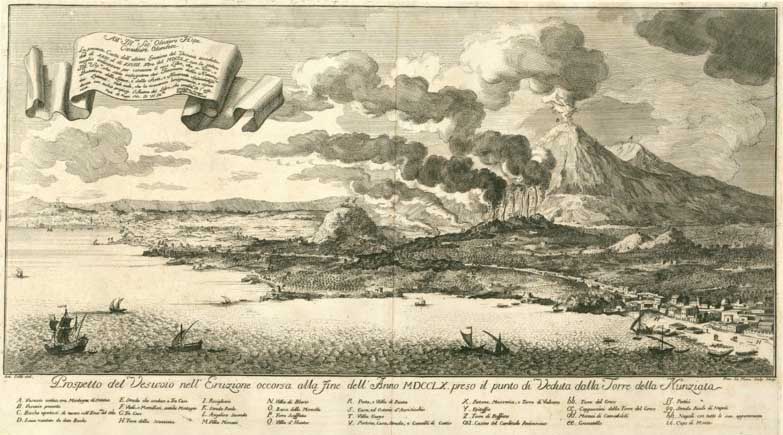 It seems that Vesuvius was for a long time a pretty peaceful mount. The writers of antiquity described it as a garden covered vines except the arid summit. They mentioned a flat space in the center of a circular depression. It was probably an old crater, but at the time no one suspected his character. From this crater, only a part remains, today called Mont Somma. Thus, without knowing its volcanic nature, the fertility of the surrounding lands favored the Samnite installations of Stabie, Pompeii and Herculaneum, the inhabitants having no reason to suspect a potential risk.

The mountain experienced a glorious episode in 73 BC, with Spartacus and his companions who retreated on Vesuvius to escape Roman legions. There they organized an army of slaves, before investing the south of the peninsula.

The eruption of Vesuvius in the year 79

In the year 62, the inhabitants experienced an earthquake which caused many destruction. The calm years that followed saw the reconstruction of the collapsed buildings.

In 79, the most famous and devastating eruptions of Vesuvius destroyed Pompeii and Herculaneum.

Vesuvius since the destruction of Pompeii

Vesuvius has had many periods of activity separated by rest intervals.

In 472, he projected such a quantity of ashes, that they spread over all Europe and even alarmed Constantinople.

In 1036, there was a first eruption with lava flow. This eruption was followed by five others, with the last one in 1500. Calm settled down peacefully and the 130 years that followed saw the mountain covered with gardens and vineyards. Shrubs covered the interior of the crater. 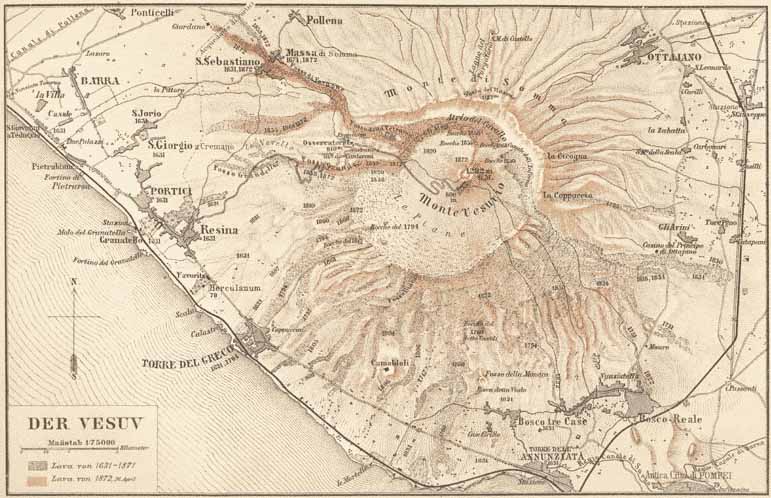 In 1631, a terrible eruption of Vesuvius covered its slopes with lava. Naples was directly threatened, but spared. In memory of this event, the statue of the patron saint Gennaro is erected on the Maddalena Bridge, facing the volcano. This eruption was destructive, with torrents of boiling mud breaking from the slopes.

There were then many eruptions, the two most notable of which are the following.
During the eruption of February 1848, it was said that a column of steam about 15 meters high rose from the crater, all colors. Shortly after, ten circles emerged – white, black and green – which took the shape of a cone. A similar appearance was observed in 1820. In May 1855, a large 70-meter-wide incandescent lava flow flowed into a crevasse about 300 meters deep. The lava reached the precipice, where it formed a magnificent fall of fire.