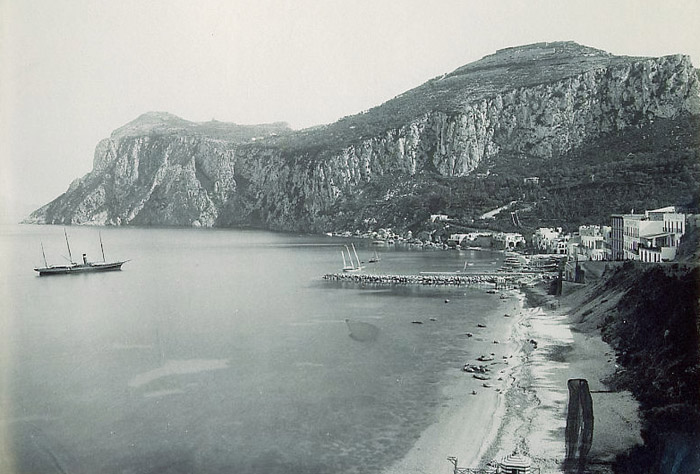 Marina Grande is the main port of Capri, which is approached by joining the island by boat. The village is notable for its colorful fishing houses and the largest beach on the island. Obligatory passage in Capri, in summer the port is particularly crowded.

Buses can be found here, especially for the Anacapri or Capri centers, and the funicular for the city of Capri. There are also the port offices and a tourist information office (Azienda Autonoma di Soggiorno e Turismo).
From Marina Grande, one can also go for a boat tour or take a boat to Palazzo a Mare beach (a little further west).

The Marina Grande beach is the largest on the island, and easily accessible. In addition to several bathing establishments, a portion of the beach is public, at the end towards the cliff.

This church, dedicated to San Costanzo, the saint patron of Capri, is one of the oldest on the island.
We do not know its date of construction, but were found a Roman pavement and remnants of walls of the fifth century.

Of Byzantine and Gothic style, it was cathedral of the diocese of Capri from the Xth to the XVIth centuries. Originally probably early Christian, it was often renovated. Its facade dates from the beginning of the 20th century when the pronaos and the tympanum were slaughtered to make way for the priest’s house. In the 18th century, three columns were transferred to the chapel of the Reggia di Caserta, weakening the building.