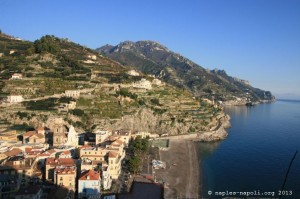 Minori is a charming coastal village less than six kilometers far from Amalfi. Its name derives from its ancient Latin name Rheginna Minor, from the river Rheginna, which still runs to the bottom of the valley of the country.

As for the other villages of the coast, Minori emerged as a residential site of Roman notables, who chose the Amalfi Coast for its beauty and for the mildness of its climate.

The first commercial activities were the production of paper and pasta, and liqueurs whose specialty is lemon limoncello, a typical production of the region.

To visit in Minori, but “it’s not necessary either”: the Roman villa of the Pompeian era and the Basilica of St. Trofimeno, the churches of Santa Lucia, San Gennaro and San Michele.

The village overlooks a small beach bounded by a beautiful public garden with a fountain with lions from the mid-eleventh century.

From a tower of the Middle Ages, called “Tour of Paradise”, the outer walls are all that is still period.

The Duomo (Cathedral), dedicated to St. Trofimena, was completely redone in the nineteenth century. The interior basilica, restored, presents on the altar an alabaster urn carved in 1722 by Gennaro Ragozzino. It contains the remains of St. Trofimena.

Along the canalized stream, near the sea, is a Roman villa, built in the time of Augustus, about 2500 square meters.

The church of San Giovanni Battista de Piezulo, called San Giovanni Piccolo, was built in 1420 by the Brancia family of Amalfi. Today it is incorporated in a complex of houses, and is visible from the outside only by a simple door with a small screened ovoid window.

The church of Santa Lucia was built in the 10th century and was transformed into a Benedictine convent. Already towards the end of the 19th century it was divided in two, without any trace of the monastery.

The church of San Gennaro has a baroque interior probably from the middle of the eighteenth, when the priest Filippo Carola restored it.

Communicating with the church of San Gennaro, that of Santa Maria of the Rosary has a rich baroque decoration. 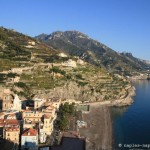 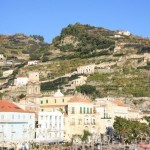 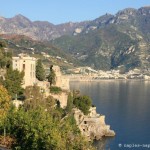 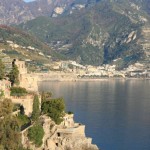 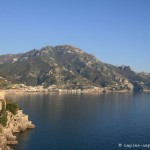 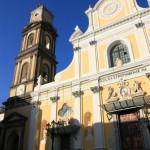 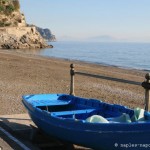 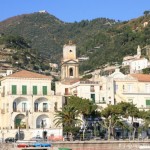 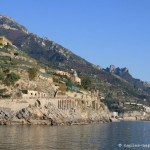 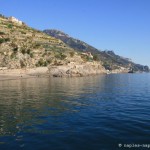 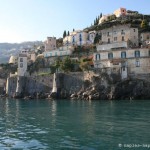 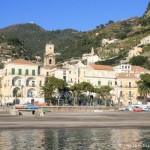