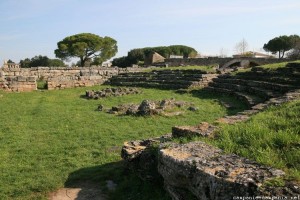 The forum is a rectangular area built by the Romans shortly after 273 BC, in the southern part of the agora of the Greek city. It held the political, religious and social life of the colony. It has several public and religious buildings, shops, and is surrounded on three sides by a portico.

On the south side, a square building with an apse is a macellum (market). Nearby, and west of the forum, are many botteghe or tabernae, shops, about 5.30 meters wide.

Then there are the remains of baths.

On the north side is the Temple of Peace (built between the II-1st centuries BC) which had 6×8 columns, which stands on a podium, is preceded by a wide staircase in front of which is an altar. From the temple are Corinthian capitals, and pieces of frieze depicting the sacking of the Delphic sanctuary by the Gauls.

It was built on a corner of the Comitium, just to the east, recognizable by its steps, where the magistrates and the adopted laws were elected.
The center of the Comitium is accessible by corridors, either from the forum or from the east side. On its north side is the Curia (Basilica) rectangular plan with three naves.
Even further to the east, a small Greek building was probably the Aerarium, the treasure of the city. However, some think it is the Carcere (prison).

Then, north-east of the forum, is the Roman amphitheater, cut in two by the construction of the old road 18.

To the northwest, the sanctuary of Fortuna Virilis (derived from Venus) has a large swimming pool. Under the empire, it was buried and a temple covered it. 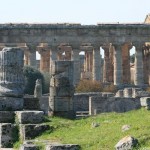 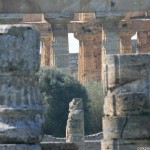 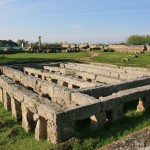 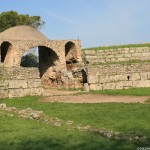 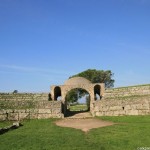 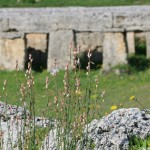 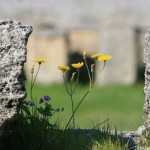 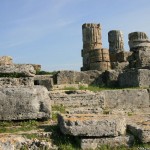 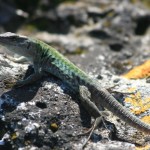 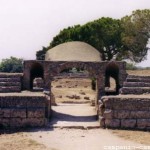